I was really delighted to be part of the audience that swayed, laughed, wept and even sang, at the ‘Carol Ann Duffy with Jackie Kay’ event at the Edinburgh Book Festival last week.

I was there as a guest of the team behind the phenomenal ‘Dangerous Women’ project. The project, in case you haven’t already been awakened by its incredibly strong responses, asks the simple yet complex question, what does it mean to be a dangerous woman? You can find out here. 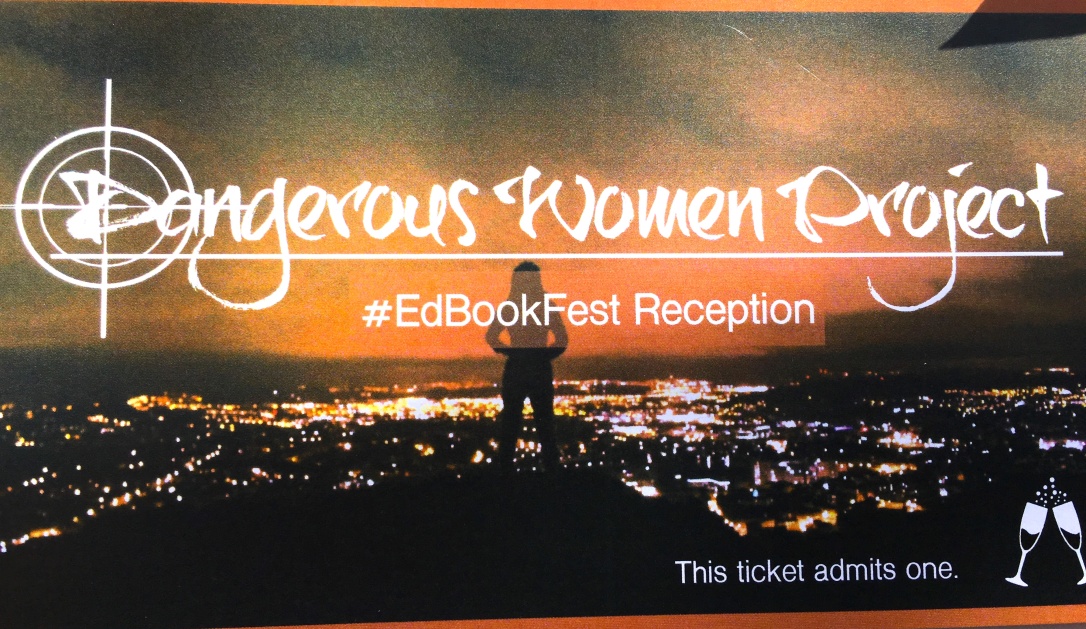 At the event, the two poets, a Laureate and a Makar no less, selected to read poems that ‘talked to one another’, and that they did as we ebbed and flowed into the open tide of one soul speaking to another. As words stretched beyond the page and sailed into the afternoon we found ourselves unfurling our emotions, fully engaged. We felt the shift-shaping pain of growing from teenage girl to woman, the strength of self, the power of individuality and linguistic dialect, the enduring influence of protest, be it a fight to save the postcode or give homage to an activist past. On the edge of life itself we were reminded of the politics of destruction, be that in remembering the sinfulness of Hillsborough or the impending, crippling, onset of Brexit. It was a beautiful performance, bolstered by music and song, and quite fittingly we, the buoyant audience, chanted in unison of that bonnie bonnie boat that sailed to Skye.

As a young teenager, my creative heart was ignited by the poetry of Yeats and Keats, words that signaled to me an entitlement to write, the go ahead to express what we see and how we feel, the freedom to combine these elements and examine how they impact on the way the world bends and stretches and still reaches back inside its wide open self.

I could see the world from poetic eyes, and I did my best to thrive on their potency, but there was always a woolly disconnect, a metaphorical wall that kept me listening, but silent. Girls didn’t write poetry, or so I thought. It was only in later years that I became aware of Sylvia Plath and poetry born of a woman, words expressed by a form of being the same as me, a girl; dangerous and powerful and sad and scared and yet despite everything, confident enough to share her voice. A women’s poetic voice had legitimacy. It had life.

There were undoubtedly other female voices but as my school didn’t teach them to me I wasn’t aware of their existence until much later. This is why I am so excited about Carol Ann Duffy and Jackie Kay, literary role models who legitimize poetry as a powerful form of expression. And whilst they empower us in voices that don’t specifically declare gender, they comprehensively shift the boundaries of the world in which we listen and write. Language delivers us to alternate places, vacant spaces we can inhabit with words, memories and desires. Role models we can identify with present us with a beautifully enabling vehicle to help deliver us to that space.

As a wee aside, it was lovely to pop into the festival book shop and see my novel The Birds That Never Flew flying high. 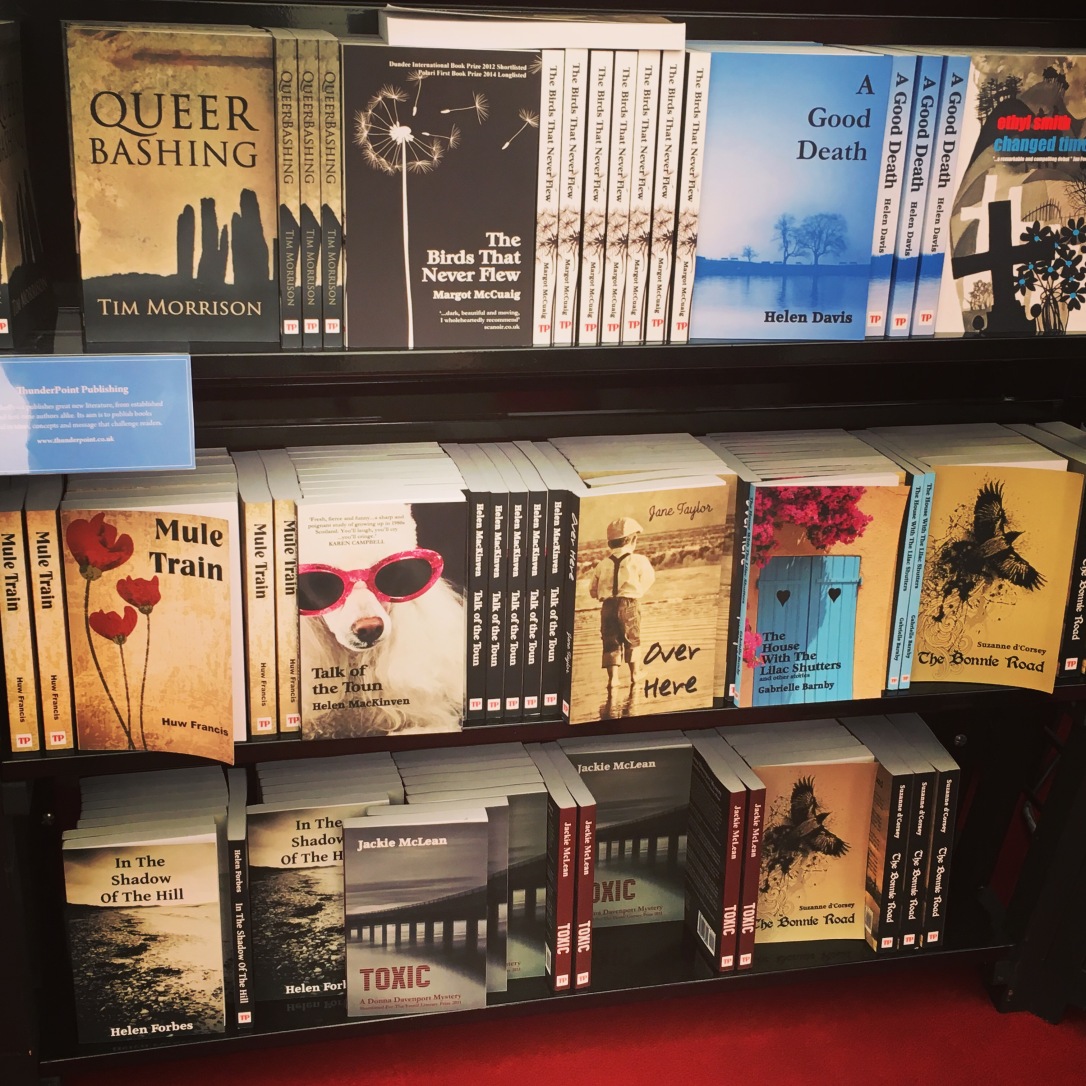 4 thoughts on “A Laureate, a Makar, the @edbookfest and @DangerousWomen_”