I’m returning to the city tomorrow, back to my home town of Glasgow. I’ve been at Maoil na nDreas, my home on Rathlin Island, for three weeks. I’ve been working (a lot) but I’ve also been holidaying, spending quality time with family, writing, laughing, looking. Just looking. We don’t look enough. When we do, we see things.

As I write, I have an unfettered view of the long skinny leg of the island, fields of hedgerows and clustered cattle glistening innocently on top of a precipitous rockface that steps confidently into the shimmering sea. Today the water is charcoal grey and moving at pace, but it is considerably calm, the tide watching the incline silently before caressing the blackness of the salt sprayed rocks. When the sun snares its jagged edges the cliff glows like a seabird’s polished plumage, wingbeat hovering intently on the wind’s surf.

Sitting deeply inside the inlet, on the shoreline, speckled seals are basking on curving rocks. I can’t see them from my window but I can hear them, their deep impassioned call charging up the hill as a reminder to keep watch, their ever present guard disguised as casual nonchalance.

In my garden the swallows dart, flashes of white piercing the grey sky like the chattering teeth of children, a flurry of fledglings racing to uncover the secrets of the world. A natural playground where stories unfold and glorious moments nest in the wonder of a seemingly never-ending run of tomorrows.

Above the garden a buzzard stretches its wings and holds my sharp release of breath in the vast loop it pushes into, its determination clearing the low cloud, blue sky pressing to the fore as it watches another adventure peel from its patience.

Meanwhile, encouraged by a warm, lingering breeze, the leaves of the sycamore tree are gently dancing. Despite the downward push the garden swing remains still, as if poised in a moment. I stand tall and straighten my back, a heron guarding her young, a grandmother watching the life her grandson would have lived. I look at the carefully carved seat of the swing, the plaque as percussive as the seals. I see his name and then I hear the island call it out, the watchful boom beating from the beach to the burrows.

Had he not been born asleep he would have been four tomorrow, sharing his birthday with his brother and cousin, the celebration both cacophonous and gently soothing.

As I return to the city on his birthday, I will continue to look at him from beneath my eyelids, knowing that the island is watching. Looking. Seeing the precious life he shares. 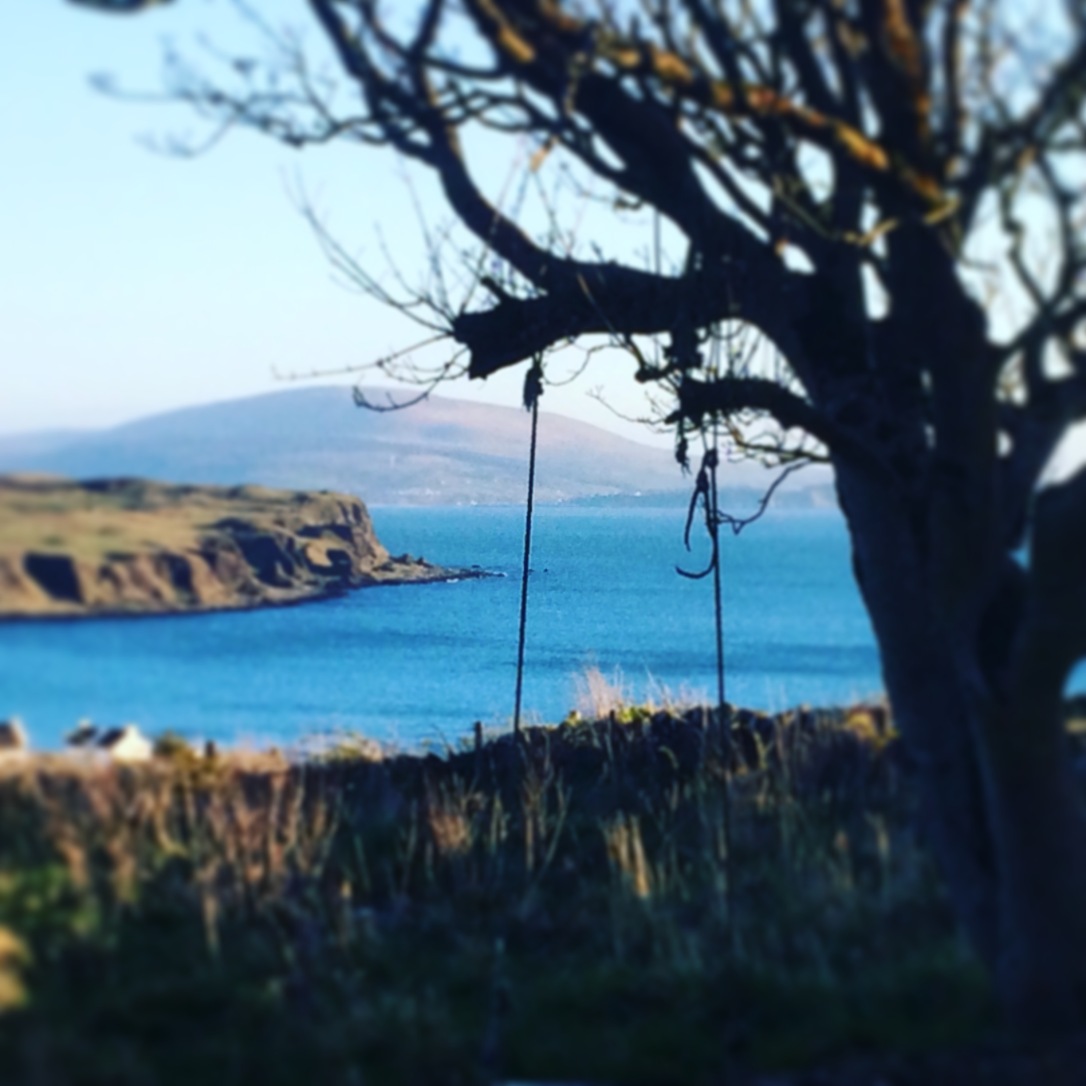 4 thoughts on “Saying goodbye is easier when the island is keeping watch.”