Grief is a monster. A parasite as heavy as sin that clings brutally to the emptiness that loss exhumes. It steals your breath, shocking your body at every turn, luring your soul into the slow tide of darkness. A bleak and endless eruption of eerie silence it rises methodically to the surface, piercing any hint of equilibrium with its unforgiving solace. A monster that possesses the very fabric of you, sending normality to the whirlpool where nothing alive, or warm, or happy, can swim.

A friend, who is going through a tough ordeal, has recently begun to measure grief, to assess its graveness on a scale of impact. That is worse than this therefore that pain must be muffled and brooding rather than violent and palpable like this pain. He’s right, some things are “worse”, but in the moment, the monster doesn’t always discriminate. Grief is an emotional amputation, a world dissected and destroyed.

I lost my dog this week. She was my shadow, every moment I shared with her she connected directly with me. Despite her size (and weight!) she was at her most comfortable when she was positioned on me, sharing me as an extension of herself. She was happy, she was loved immensely. She was a dog, an animal, and yet I am devastated by her absence. However, I don’t question the yet as I understand why the monster has gripped me so intently.

Yes, there are worse things in life and I don’t have to look beyond my own experience to understand this. I have met the grief monster several times before. Losing children, family and friends is definitely “worse“, but I don’t control the monster, it controls me.

One day I will be grateful for the memories, because that it is all I have, but until that time I mourn a hologram; footsteps that follow me everywhere, their gentle clatter disappearing into the clearing when I turn around; a shadow that steals into my line of vision only to disappear from my desolate  imagination when I refocus my eyes.

In so many ways Caoimhe is still here, I can feel her, I can even see her when I map her journey through life, a fragile seedling who matured into a robust and generous friend. Agonisingly I can’t touch her. She was stolen, the theft abrupt and unexpected. It didn’t even afford us the grace of a creeping loss, it swept in violently like a bloodthirsty demon, upturning everything in its wake, lifting our hair from our heads, our souls from our bodies. For now it strangles me, its presence prominent and oppressive until it decides to release its unsentimental grasp.

Until that time I will stay where I have fallen, emotionally amputated. Even though there are much worse things in life. 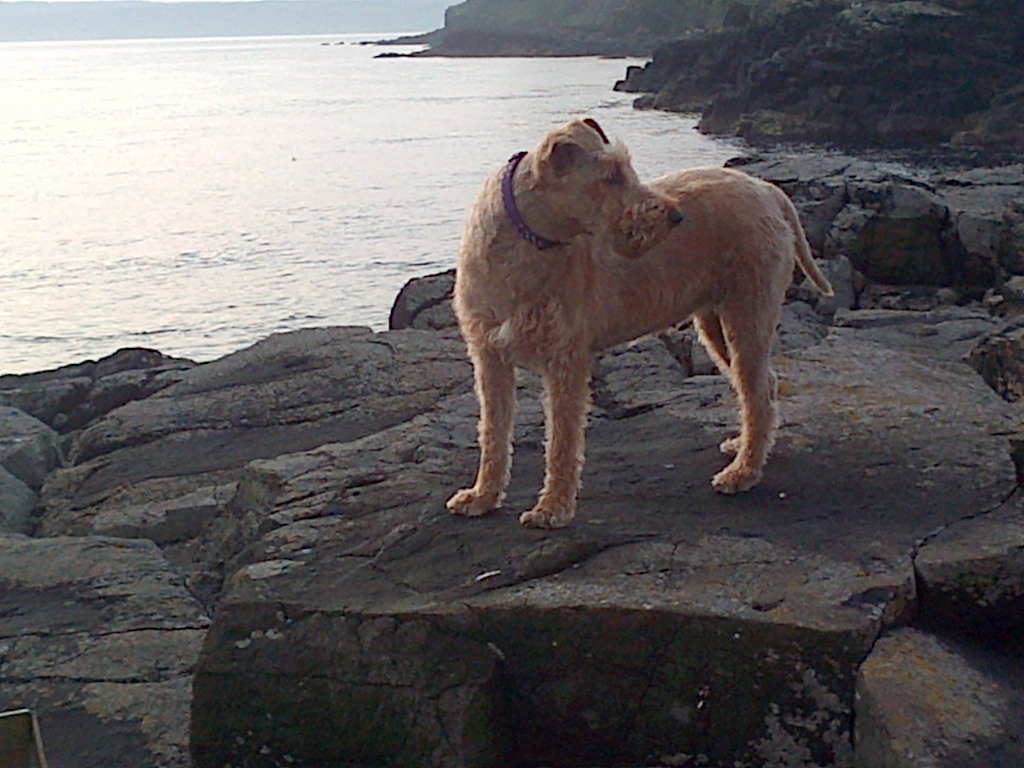 I’m a novelist and award-winning documentary filmmaker. My debut novel, The Birds That Never Flew, was shortlisted for the Dundee International Book Prize in 2012 and longlisted for the Polari First Book Prize 2014. A second edition was published in 2015. I write, produce and direct documentary films and won Royal Television Society Scotland awards in 2015 with 'Jock Stein' and for 'Jim Baxter' in 2016. 'Jimmy Johnstone' was nominated for a bronze Torc for Excellence in 2017. My feature length documentary film 'Tommy Burns won a RTS award in 2019. I made two children who are now making children too. That's the biggest achievement of all. I live in Glasgow, Scotland and Rathlin Island, Ireland. If you want to get in touch you can email me: margot@purpletv.tv. If you'd like me to attend a literature event then please have a look at my Scottish Book Trust profile. View all posts by Margot McCuaig